the defects of his qualities and the qualities of his defects

Mrs. Summerlin ended the nonsense with a word. “Why, nobody posed, of course! Who’d you suppose posed? April had been puttering away at that for months. She began it one day when she had one of her premonitions that you had been killed in France. She called you angel and said she was going to make a gre’t monument for you. And I hope you’re not going to—”
Bob did not wait to find out the end of that “going to.” He broke in:
“Why, of course not, Mrs. Summerlin! I was just thinking it was so fine that she must have had a model.”
[69] Bob had both the defects of his qualities and the qualities of his defects. He had a hair-trigger temper, and he shot off accusations point-blank, but he was just as quick with his apologies, and he fairly riddled himself with them.
pp 68-69 : link 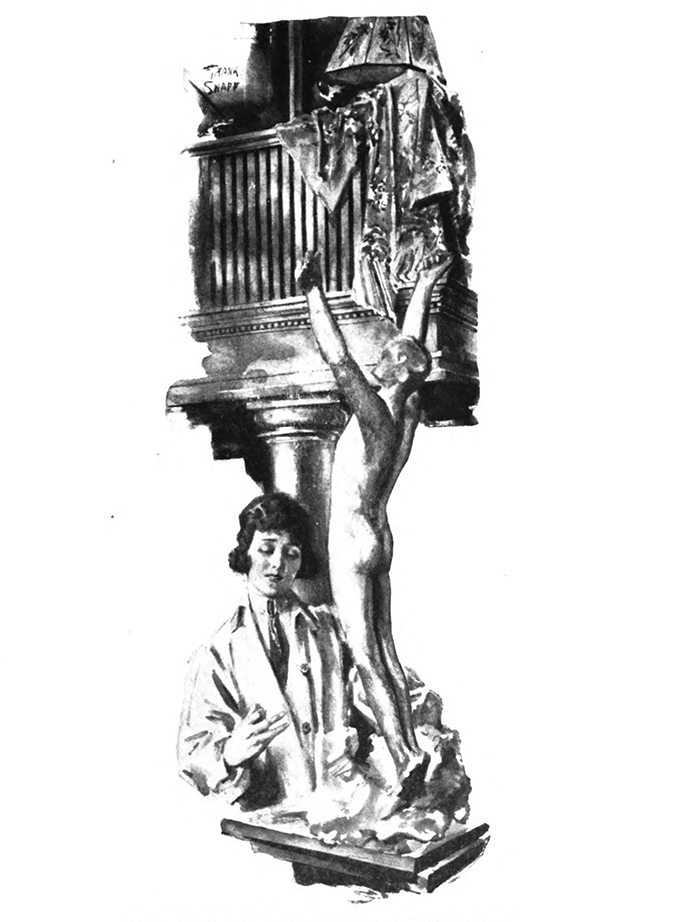 caption to illustration, facing p340 —
She [April Summerlin] decided that sculpture was not for her.