The whole problem was reversed.

After much puttering, he reached the goal of his ambition, and got the deadly Full-Nelson on Jumbo’s head, and forced it slowly and irresistibly down. Just as he was congratulating himself that he had his fish landed, Jumbo suddenly whirled his legs forward and assumed a sitting position. The whole problem was reversed. Ware rose wearily to his feet, and Jumbo returned to his hands and knees. 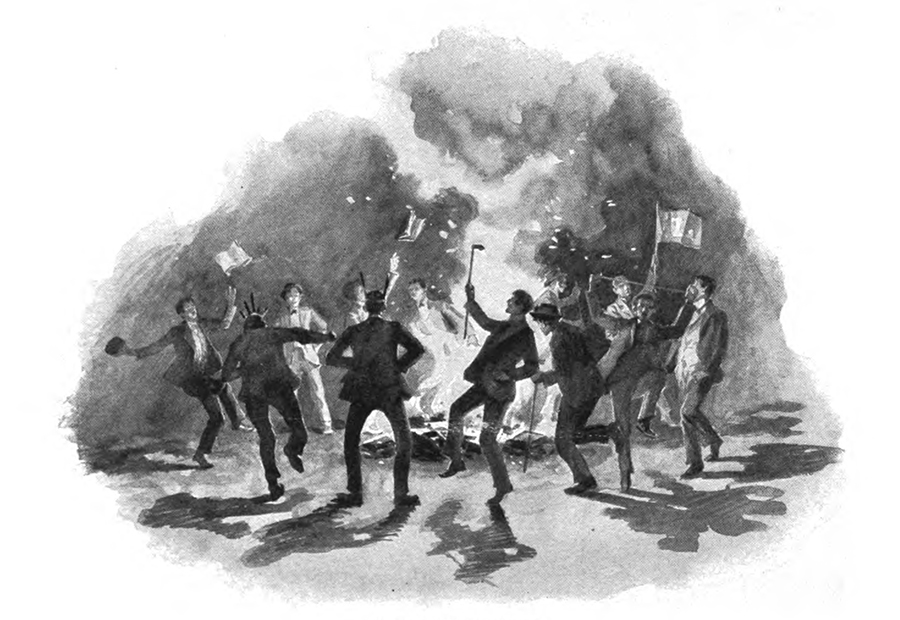 There was great rejoicing in Kingston that night, much croaking of tin horns, and much building of bonfires. The athletic year had been remarkably successful, and every one realized the vital part played in that success by the men from Lakerim — the Dozen, who had made some enemies, as all active people must, and had made many more friends, as all active people may.
The rejoicing of the Lakerimmers themselves had a faint tang of regret, for while they were all to go back to the same town together for their vacation, yet they knew that this would be the last year of school life they could ever spend together.
p 218 : link