always the lab, tending his roses.

New departments, technicians, bookkeepers, and specialized personnel were needed. Gone was the enthusiastic group of young people who got together with a simple crank camera and a handful of onlookers who became participants to grind out instant action and comedy, ad-libbed from several pages of pocket notes. It was a long way from 1913 to 1928.
His escape hatch was always the lab. In the late hours Fergus would join Jules and the Professor in their new, modern building, and over coffee and cognac hold forth on his grievances. Jules, always puttering, answered his comments phlegmatically or seemed not to hear them. But his insight into the changing techniques in the laboratories about town was invaluable.
Improvements were continued. Sound booms were dangled over actors’ heads. When the brilliant young Armenian director, Rouben Mamoulian, discovered there could be two booms, actors were liberated, and speech and action became more than a wrestling match with a microphone hidden in a flowerpot.
When Frank Capra smothered his camera in blankets, instead of having his cameraman roast in a booth and shoot through a glass window, Jules designed what was practically a custom-made sound-proof tuxedo for the Titan cameras. When Eastman came out with a fast emulsion, Jules was the first to experiment with it. When Mitchell came up with a silent camera, Jules rejoiced as if the slaves had been freed. He created banks of lighting, spots and “gobos” whose leafy shadows created an imaginative world with a single camera lens.

After the day’s work, he walked along the front and found the admiral puttering about his shell-lined walk, tending his roses. 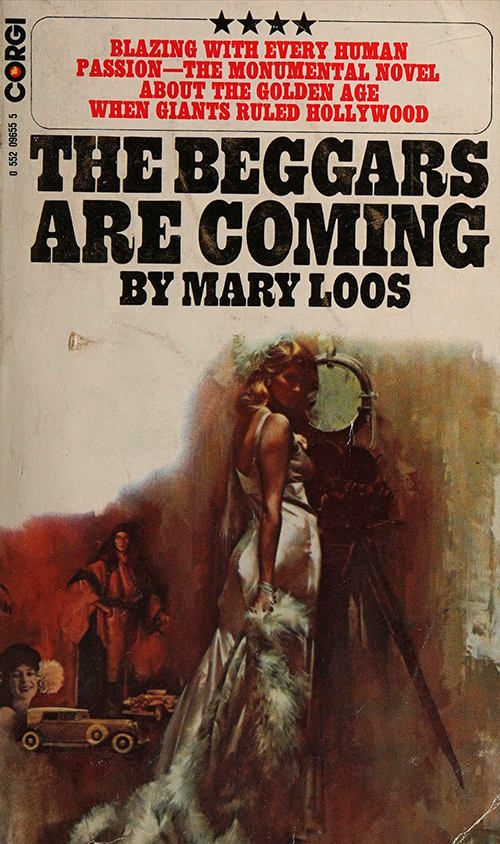 cover, taken from archive.org scan; the cover art evidently wraps around spine and a portion of the back.
Fred Pfeiffer (1940-96) is the artist; see
a better photo at The Pfeiffer Pfiles (August 30, 2014) : link
Hollis McCray-Clark, “Fred the Man, the Fine Artist and the Illustrator” (2019) : link
and this thoughtful tribute to Pfeiffer, among other greats of the time, at Greg Hatcher, “Friday In The Gallery” (June 15, 2007) : link